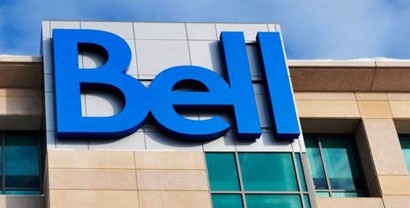 And now we are in an apartment that we rented recently. How can you live in this modern world without the internet and television? In my memory is still present the inexpressible “soviet-like” service. The internal voice says to me, “Don’t worry – you are in Canada – it is developed country where service is placed in the first place.

After comparing some providers (internet, TV, phone) in Montreal we made the decision to use Bell[1].

Installing of the home phone was quite fast and without any interesting details. Bell’s “Essential plus” plan was not expensive and we chose that. I called Bell and requested the internet plan “Essential plus”. During the call I asked a representative: “Could I change speed connections or other parameters in the future? He said: “yep”. Bell’s specialist came within a couple of days. He installed the modem and gave me the contract to sign. But in the contract I found a more expensive internet plan – “Fibe 10” instead of “Fibe 7” which I had ordered. It was surprising. “What is this? I wanted a less expensive internet plan. I don’t need such high connection speed.”, I told the technician. Bell’s specialist answered, “… ah, no problem, just call the Bell office anytime.”

In a short time my internet started to work. Then I immediately connected with a Bell’s operator via chat, “could you switch me to a less expensive internet plan Fibe 7?” The operator answered me, “yes of course, no problem. I’ll change your plan right now.” After this conversation my internet worked well for two hours. In two hours my son complained that he couldn’t open internet sites. I said him, “Don’t worry just reboot the modem and restart an internet browser and all will be OK.” After rebooting the modem he told me, “There is no connection.” The red lamp was illuminated on the modem which means – no internet connection. And an interesting story began…

Immediately I called Bell and described this problem from the beginning. An operator said, “All is OK, in couple hours your internet will work.” In two hours the red lamp was still illuminated, so I called again…

At that time, for me it was something new. Of course you know about the answer system in companies, when a robot offers you one button on the phone as an answer for its question:
– French or English? For English press one, for French press two…
–  If you wear black boots right now press 1, if you they are other color press 2, if you don’t wear any boots press 3…

Finally a voice of living person comes on the line. A woman asked me to describe the problem from the beginning. I described the problem again from the beginning like in the comedy “Airplane II!”[2]: “First the Earth cooled, and then the dinosaurs came. But they got too big, so they died…” She swore that all would be OK in the evening and suggested relaxing and waiting.

In the evening red lamp is still illuminated. I called again. A man with really bad English told me, “I don’t understand what is going on, I will call you later.” I waited for his call a long time. Then I called to Bell again. Another Bell operator said, “You have problems with the configuration of your modem” He didn’t believe me when I tried to explain him that I hadn’t changed anything in the configuration. During next 40 minutes we tried to reconfigure my normally configured modem and my Windows. No success, as expected, red lamp was still illuminated. He promised to call me back too… I waited for a call from Bell for a couple of hours. Again, I called them myself.

After a long conversation with the answer machine, after proving that this really is me (phone number, address, postal code etc), after describing the problem from the beginning, I received the conclusion of Bell’s operator in perfect English, his voice was confident and there were no doubts, “You have problems!” For me it sounded like I did something wrong or even against the law! But I was calm and told him, “What problems?” He continues, “You should came to the Bell office by yourself in the morning.” After this he eagerly asked me did this call help me. I felt that he will not stop until I say “yes”. I answered him, “may be” and hung up the phone.

By midnight, I wasn’t convinced by the previous Bell operator. I called to Bell again. After a long conversation with the answer machine, after proving that this really is me (phone number, address, postal code etc), after describing the problem from the beginning…. The sixth Bell operator gave me another opinion, “Your account was terminated. You need to call about your account in the morning.” After this information, I was totally confused.

On Saturday morning, the seventh operator said, “Yes, your account was really terminated. It must be a mistake. We will call you later.” For the first time they called me as they promised. An 8th operator asked me to switch my modem on then off. Then Bell with its representatives disappeared. Red lamp still lighted up.

I call Bell myself again. After a long conversation with the answer machine, after proving that this really is me (phone number, address, postal code etc), after describing the problem from the beginning. My patience was gone, I gave the ninth Bell’s operator my honest opinion of what I think about their service. This 9th operator checked something and told me that something was wrong with the line, but promised my internet would work in 24 hours.

Sunday morning. Red lamp is still lighted up. I called Bell… After a long conversation with the answer machine, after proving that this really is me (phone number, address, postal code etc), after describing the problem from the beginning… The tenth operator promised me that the line will work next Wednesday! I let him know what I think about their service again and hung up the phone…

Wednesday, I called to the Bell again… After a long conversation with the answer machine, after proving that this really is me (phone number, address, postal code etc), after describing the problem from the beginning… The 11th Bell operator didn’t surprise me with the information that my account was terminated. Then, he created for me a new account. Also the operator let me know that my account will be activated only after the midnight.

Wednesday, 23:00. Hurray! Green lamp is shining! We have the internet!

By the way, I could not understand one of operators (sorry I lost count). There was noise on the line and I absolutely could not understand his English… To avoid upsetting him, I said, “Sorry I don’t hear you clearly” Then he asked me, “Speak Arabic?” and I answered, “No, how about Russian?”

Actually, it is not boring with the Bell internet customer service… I don’t remember when exactly I received a bill from Bell. In this bill there was an expensive internet plan. Then I immediately connected the Bell by online chat:

…….welcome to Bell Internet Services, my name is Rajeswari (SCI). By looking at the option you have selected, I see that you have questions regarding your account,
……
You I received a bill or I don’t know what is it. there is- subject: Bell internet Membership Monthly Statement
You etc with charge 1.73
You could you explain what is it?
Rajeswari (SCI) I can certainly help you with that.
Rajeswari (SCI) Let me know your billing address with the postal code for the security
…..
Rajeswari (SCI) Alexander, you will receive the first Internet bill from the month of April 2010.
You ? ok what I have received today?
You There is also info there: your current plan is regular rate $55.90/month, up to 10 mbps download speed – dual-up usage $1.50/hr
Rajeswari (SCI) The email is regarding your Internet plan details.
You this is ordinary mail (I found it in my mailbox)
Rajeswari (SCI) Yes, It’s a normal mail from the Bell Internet service.
You Well, need I to pay the $1.95? and what that for?
Rajeswari (SCI) No need to pay $1.95
…

Several months later I received a call from Bell. A woman gave me info about new low cost internet additional service. I refused and forget about this call. After week or two later, I was surprised by finding this addition in my account.

Chat:
Imran (SCI-285533) Hi Alexander Deyneko, welcome to Bell Internet Services, my name is Imran (SCI-285533). By looking at the option you have selected, I see that you have questions regarding your account, how may I assist you with this?
…
You at present time I have Fibe 7 and as I remember 60GB usage – is it correct?
Imran (SCI-285533) I certainly can help you with that, Alexander…. As per your plan the usage is 60Gb per month.
You But I see now in my internet usage “Additional usage allowance – 30.67GB” what is it?
Imran (SCI-285533) As you have added the additional usage of 40Gb in the middle of the billing cycle so this month you can use 30.67 GB instead of 40Gb. However from next billing cycle you can use 40Gb+60Gb
You No I didn’t add any additional!
Imran (SCI-285533) Alexander, I have checked your records and see that our technician has offered you Fibe 10 plan to upgrade and you have declined it but accepted for additional usage 40Gb for $5 on 5th October
You Yes I received a call where a woman said it but I REFUSED. In other words I refused from all change or upgrade. I think that worker didn’t understand me correctly. I exactly remember that I said “I will think…” that all. Sorry I insist that you cancel any additional service.

The show must go on…

1 – Official site of the Bell: HERE
2 – Piece of dialog from famous satirical comedy film Airplane II ( Paramount Pictures, 1980): “Jacobs. I want to know absolutely everything that’s happened up till now.
– First the Earth cooled, and then the dinosaurs came. But they got too big, so they died, and turned into oil. Then the Arabs came and bought Mercedes Benzes…”