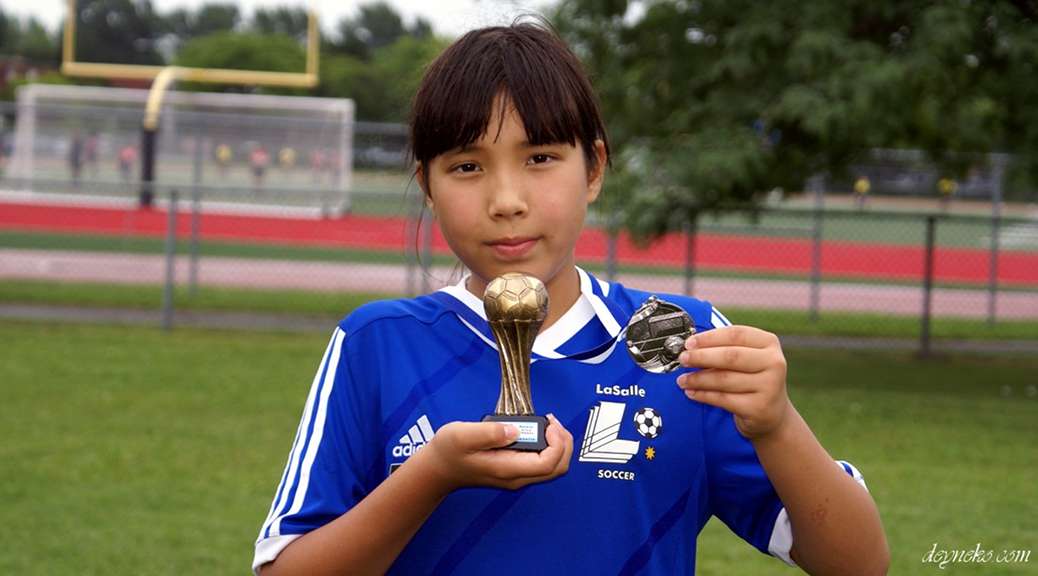 There is soccer in LaSalle for girls and Alice became interested in it two years ago. She has already played two seasons for the Denmark team and for Norway team. And she looked forward to this 2014 soccer’s season.
But in this year  all become more serious for example girls play on “big” field in comparing with last seasons. On this huge  field (for kids) it is not enough to run the crowd they need be able to pass each other etc.

This is second game with this team. Last time they played much better and this time our team has initiative all match. Portugal attacks were fast supressed.

They got one their score by penalty only after the ball hit a hand our girl near our goal.

Spain team attacked a lot… there were lot of danger situation near our goals… one of these situations you can see below.

We already had game with the Spain team and today score is same – 0:0 🙂

Soccer for girls in Lasalle – Denmark team in action!